The plugin webMonitor was originally made by Kaliwanagan for a contest of plugins (that few people attended). It was practically abandoned in 2006.
After 6 years, llbranco suggested to KeplerBR improve the plugin, which then made several new pages that previously only was the idea, and system exhibiting more of OpenKore, but keeping the architecture and operation of the plugin. Improvements were sent in SVN in August 2012.
EternalHarvest pointed out several serious shortcomings in the state's plugin and cited some issues to be worked out in future.
Even with so many problems cited, BonScott (very old community member OpenKore and returned thanks to iMikeLance/Revok) redid the entire interface and a few more features.
This new visual animated the EternalHarvest working on plugin, which made ​​major implementations and fixes for him previously mentioned, making the plugin more secure, and dynamic, with the implementation of JSON, which allows synchronization of data in real time.

1 - Create a new folder within the plugins your OpenKore. In it, link to the plugin folder in SVN, the address is: svn://svn.code.sf.net/p/openkore/code/plugins/webMonitor/trunk/ 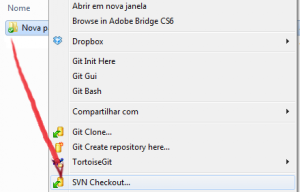 2 - The plugin requires some modules to function. Install the following modules:

3 - Open OpenKore and usually go by the address http://127.0.0.1:1025/ You can change the port setting the WebPort in your config.txt
4 - There is also the possibility to visualize using other devices such as mobile phones.

The plugin has additional settings to be defined in config.txt.
It already have default values​​, it is not necessary to configure it for the basic functioning of the plugin.

Accessing over the private network

There is the possibility to access the interface by an intranet. Thus, you may access through all computers using the same network as the computer that is running the webMonitor. Instructions:

Now you can access the interface webMonitor through the private network.